How #Google makes it happen‽

The Human Resources department around the globe is facing the biggest test of its time called #EmployeeEngagement.

On the face of it, #Employeeengagement appears to be directly linked to a company’s performance. Other contributing factors could be employee retainership, job satisfaction, roles and responsibilities assigned interest in the job profile so on and so forth.

“Nurturing the people in your organization doesn’t require expensive perks or touchy-feely gimmicks. It’s about motivating, engaging and listening,” says Laszlo Bock, Google’s SVP of People Operations. He should know, as Google continues to rank as an employer of choice in sundry employee surveys.

As per a [Forbes-India article](file:///C:/Users/Radhika/Dropbox/Radhika/Radhika's%20to%20do%20list/Data%20is%20in:%20Employee%20engagement%20is%20king), management consultancy firm Deloitte recently had 87 percent of its management executives citing ‘culture and employee engagement’ as one of the biggest H.R. challenge.

Before that, Oracle conducted an Asia-Pacific survey and found that around 49% of its employees are happy with the technology the company uses. The same percentage expressed their confidence in the company leadership and their in-house promotion activities.

What does this indicate? That organizations have now started paying heed to the needs of their employees. If a happy employee leads to a happy customer, this in turn leads to improved returns.

All this implies a health work culture. Brian Chesky, co-founder and CEO of hotel aggregator, Airbnb once said, “The stronger the culture, the less corporate process a company needs. When the culture is strong, you can trust everyone to do the right thing.” It is a thin line that not only connects the entire company but also sets its tone.

Take for instance, the #Google’s #workculture that has become a case study for management students.

#Google may probably have been one of the first to introduce flexi-timing. Additionally, to facilitate this, the company foots your internet connection bill at home and provides a 19 inches monitor to work from home, reports Business Insider. In other words, Google values employee time.

A 2017 research by Future Workplace discovered that employee burn out is the largest threat to employee engagement. #Google offers its engineers “20 percent time” during which time they can anything they are most passionate about. Google Suggest, AdSense for Content, Orkut, Gmail and Google News are some of the out-of-box outcomes of this scheme.  Prasad Setty, VP of People Operations at #Google has gone on record saying, “If you give people freedom, they will amaze you.”

#Google offers employees organic, chef-prepared meal, free health check-ups and dental facilities, nap pods, video games etc. They can travel to any part of the world, and #Google will foot their expenses.

According to #Google’s Chief People Officer, Laszlo Bock, “It’s better to work for a company that cares about you than one that doesn’t.  Even from the company’s standpoint, it’s better to care than not to care.”

Every week, #Google India holds a companywide, town hall meeting where employees can put questions to their senior management team. Small wonder the search giant’s core value is "We want to work with great people." The idea is to make every employee say, "I feel like an equal," regardless of his/her place in the hierarchy.

In a Harvard Business Review article, Bock explains how the programme works. A randomly selected, representative group of over 4,000 #Googlers completes two in-depth surveys each year. They are quizzed on personality traits, work attitude and co-workers, and their answers analysed against tenure, role and performance. Lastly, the survey divides Googlers into two categories –

Segmentors – Employees who can psychologically draw a line of detachment from work. These employees go to sleep easily without worrying about deadlines.

Integrators – People who cannot switch off the work mode.

Surprisingly, despite all the employee-friendly benefits that the company provides, this study revealed that over 69% of Googlers are integrators, i.e. they are not able to achieve optimum work-life balance. Undoubtedly, #Google is using this information to bring about a massive change in its work culture.

Its Dublin office has kicked-off a programme, “Dublin Goes Dark” where employees are literally forced to leave their devices at the office, and are advised not to carry any work home.

This drives home the words of Jack Welch, former CEO of General Electric, “An organization's ability to learn, and translate that learning into action rapidly, is the ultimate competitive advantage.”

(This is Part-! Of a two-part series that will conclude next month in April 2019) 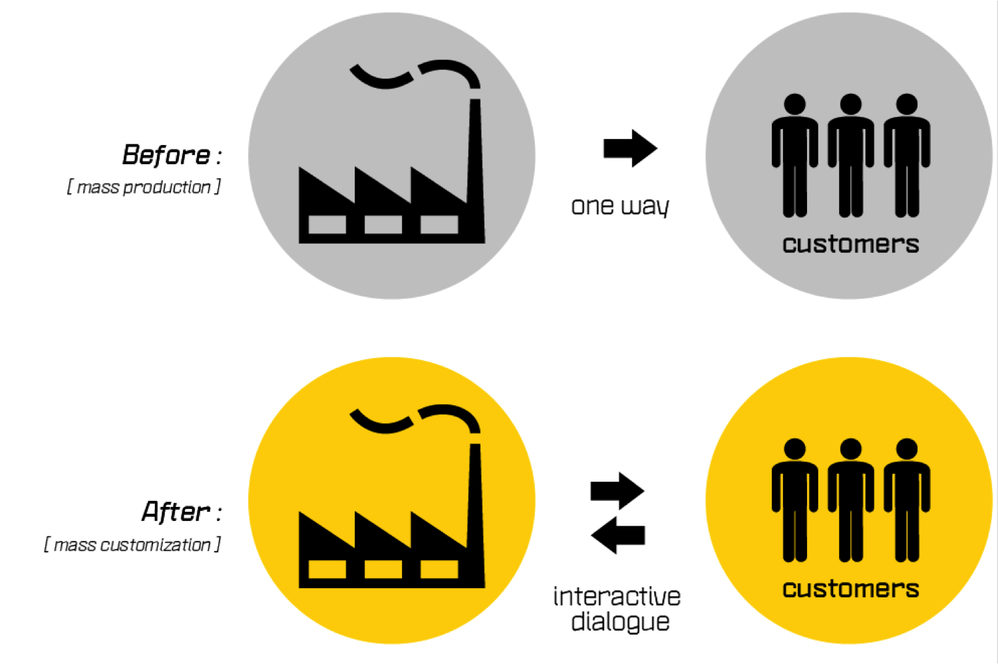